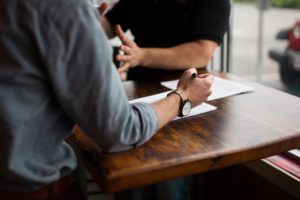 In development since the early 1990s, there currently are over 50,000 administrations of the BEVI around the world across a wide range of countries and cultures.  Considerable effort and resources continuously are expended to ensure that our approach to assessment corresponds with best practices (e.g., see https://www.intestcom.org/; see also Downing & Haladyna, 1997; Geisinger, 2013; Hubley & Zumbo, 2013; Robinson, Shaver, & Wrightsman, 1991, 1999).

In this regard, there is no “one” version of validity (i.e., whether an instrument measures what it says it measures within a particular context or culture), although hundreds of analyses indicate that the BEVI is in fact assessing what it intends to assess.  For example, BEVI scales show strong evidence of criterion and construct validity via a wide range of phenomena such as the ability to predict and illuminate processes and outcomes such as grade point averages; satisfaction with learning experiences; interest in engaging in multicultural / international programs; group coherence or conflict; relational / marital dynamics; the impact of life experiences on emotional capacity or critical thinking, and so forth.  Importantly and by design, the BEVI is not “face valid,” in that it is difficult to ascertain what the BEVI is assessing “on the face of it,” a feature that is very important in order to avoid “response set confounds” such as social desirability (Shealy, 2016).

The commitment to ensuring the highest forms of validity – across cultures and contexts – is ongoing, as exemplified by the six-year Forum BEVI Project, which resulted in “over 20 publications (e.g., articles, chapters, dissertations), 50 presentations (e.g., symposia, papers, posters), and hundreds of separate analyses” (e.g., see https://forumea.org/research-bevi-project/; Wandschneider et al., 2016, p. 418). 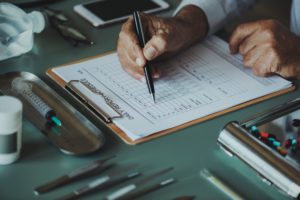 In a study comparing Mental Health Professionals and Evangelical Christians on the BEVI, Hayes (2001) found the following:

…the instrument accurately classified Evangelical Christians and Mental Health Professionals, with 95% of originally grouped cases correctly classified, which strongly suggests that the BEVI can validly discriminate between these two groups” (p. 102).

In another study examining environmental beliefs and values in general and the reported degree of concern about global warming, Patel (2008) found the following:

…women, Democrats, and atheists or agnostics with a lower “need for control” [current Self Certitude scale], lower “self access” [current Self Awareness scale], and a relatively lower degree of “separation-individuation” [current Identity Diffusion scale], are most likely to express environmental concerns whereas Republican men who are Christians with a higher “need for control,” higher “self access,” and a relatively higher degree of “separation-individuation” are the least likely to express environmental concerns….EI theory, the EI Self, and the BEVI offer a promising theoretical framework, model, and method for predicting and explaining who is and is not concerned about the environment by illuminating the underlying affective, attributional, developmental, and contextual processes that mediate and moderate why such belief/value processes and outcomes occur in the first place (pp. 43, 46-47).

As a final example, in a study comparing the BEVI and the Intercultural Development Inventory (IDI), Reisweber (2008) concluded the following:

…it is both compelling and consistent with an EI framework that the BEVI was able to identify in advance which students would be more or less likely to increase their intercultural awareness by the end of that academic year. Specifically, students who reported lower Naïve Determinism [current Basic Determinism scale], and more Gender Stereotypes [current Gender Traditionalism scale] at the beginning of the academic year were statistically more likely to demonstrate an increase in intercultural awareness after living for nine months in an international residence hall. Furthermore, students with a higher degree of Negative Life Events and Emotional Attunement, as measured by the BEVI, also demonstrated greater and more accurate intercultural sensitivity, as measured by the IDI (pp. 79-80). 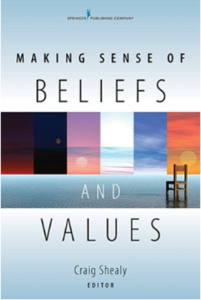 For additional information, including full references for much of the information in this website, two sources are particularly relevant: 1) The Forum BEVI Project: Applications and Implications for International, Multicultural, and Transformative Learning, published in Frontiers, the scholarly journal of the Forum on Education Abroad and 2) Making Sense of Beliefs and Values: Theory, Research, and Practice, an accessible and comprehensive book on the BEVI method and EI model that is available through Amazon.  The first chapter of this book can be accessed from the Springer Publishing website.